Come along when Anna Ileby makes a mural at Klco in Varberg, Sweden

Have you ever thought about how a really big mural is made? Anna Ileby shares her experiences with colour choices and gives you several good tips that make the job of painting big easier. Get inspired by her art that now adorns Klco's pale pink wall in Varberg. 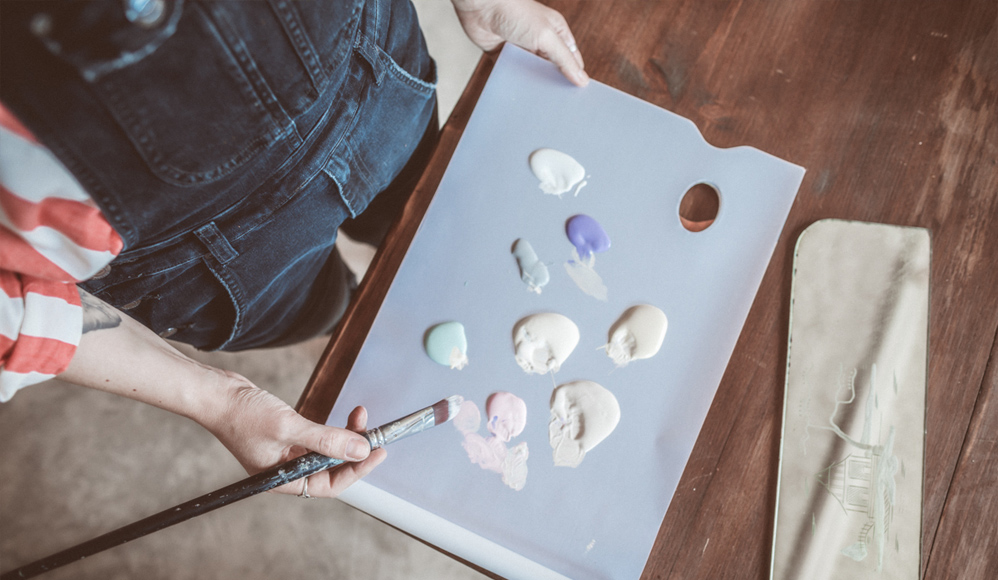 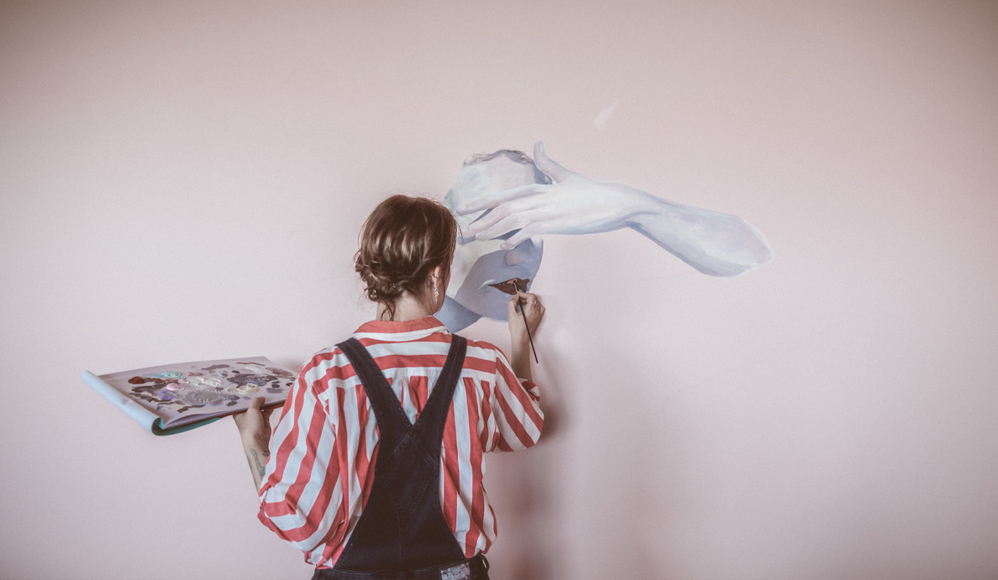 – When I was asked to do a mural at Klco in Varberg, I had never done it before. But as with most things I take on, my attitude was: how hard can it be? I knew the wall was about 5 meters wide and infinitely high and that it was painted in pale pink. I like to work with acrylic paint that is quick-drying and covers well.

– To set up the project as smoothly as possible, I chose not to cover the entire wall with the mural, especially as it was so very high. I also did not want any clear ends or borders in the painting. I had two days so some time pressure was also involved.

– Then I was ready to start! I sketched a face directly on the wall (also discovered to my horror that I forgot to bring an eraser, so it simply had to be good right away). I used a photo as a model to get it as good as possible. I drew a freehand sketch but, if you want to, you can use a projector or an overhead projector to get the motif on the wall.

– Then it was time to start painting! To make the face blend into the wall and, again, to avoid straight edges and borders, I blurred the outline of her sweater. This was also something I had not tried before, but I trusted my instincts and it turned out well! When the portrait was finished, I continued with a beach on the other side of the wall. By now I had picked up some steam and drew completely freehand, painting directly on the wall without any previous sketch.

– It is a bit precarious to make that big of a painting. The trick is to take a few steps back and check OFTEN so that you can see if you are on the right track. Another aspect of painting on a wall is the fact that people watch while you work, but you have to try to ignore it as much as possible. To tie the motif together I finished by making a big, dark red circle, quite high up on the wall to draw the gaze upwards and create the feeling of space and height in the mural. 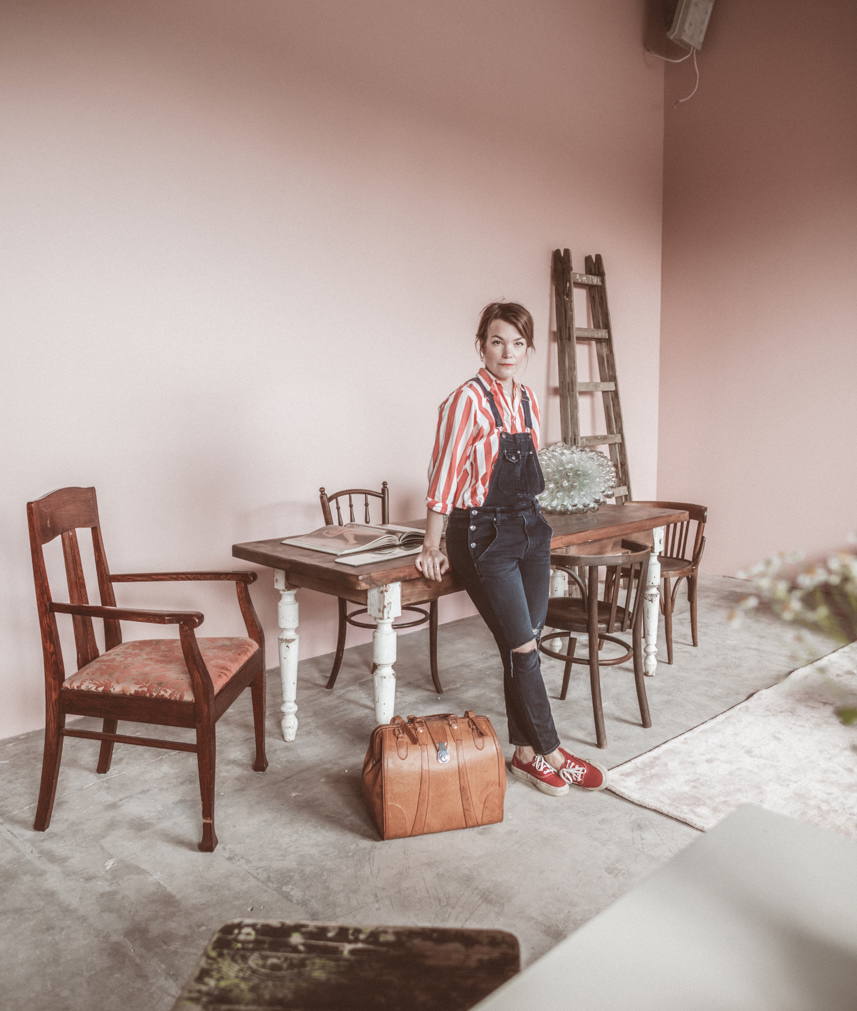 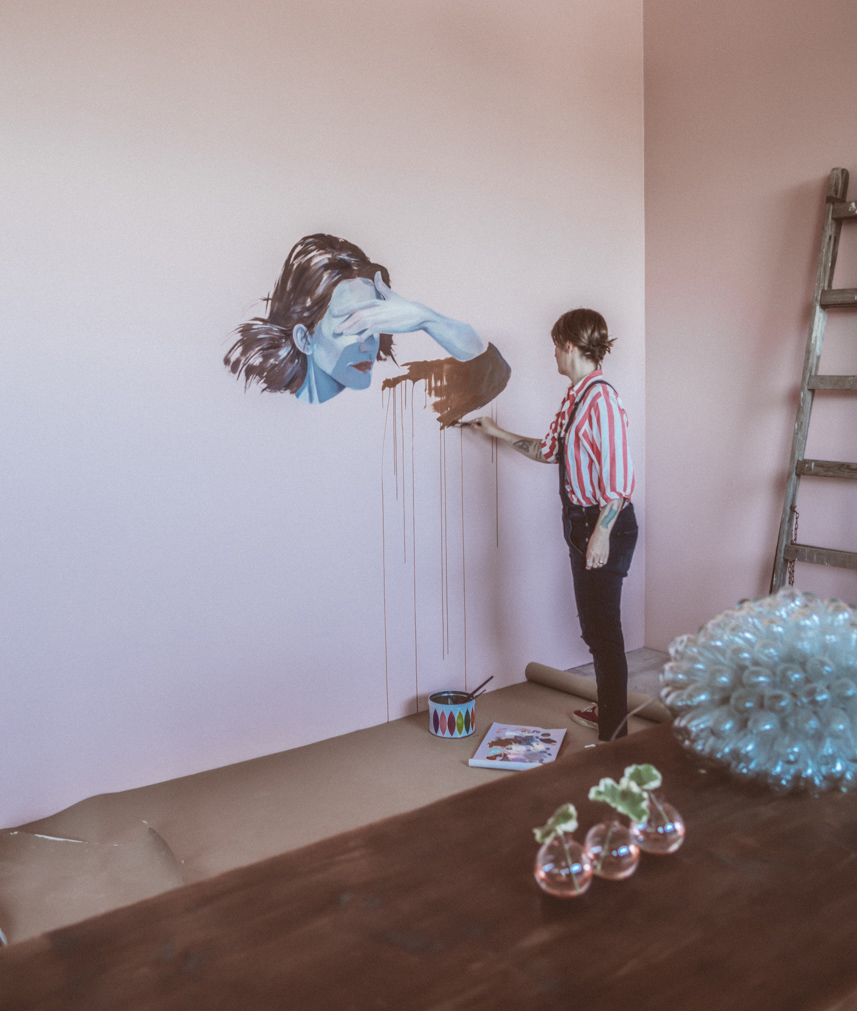 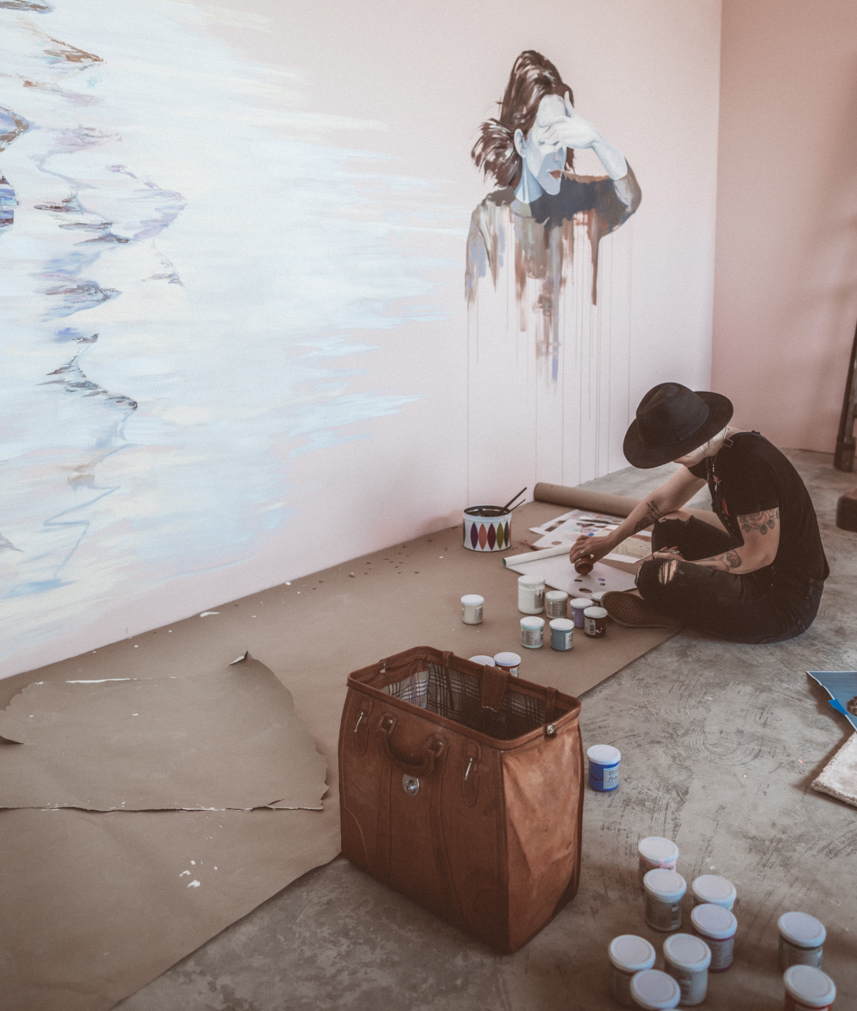 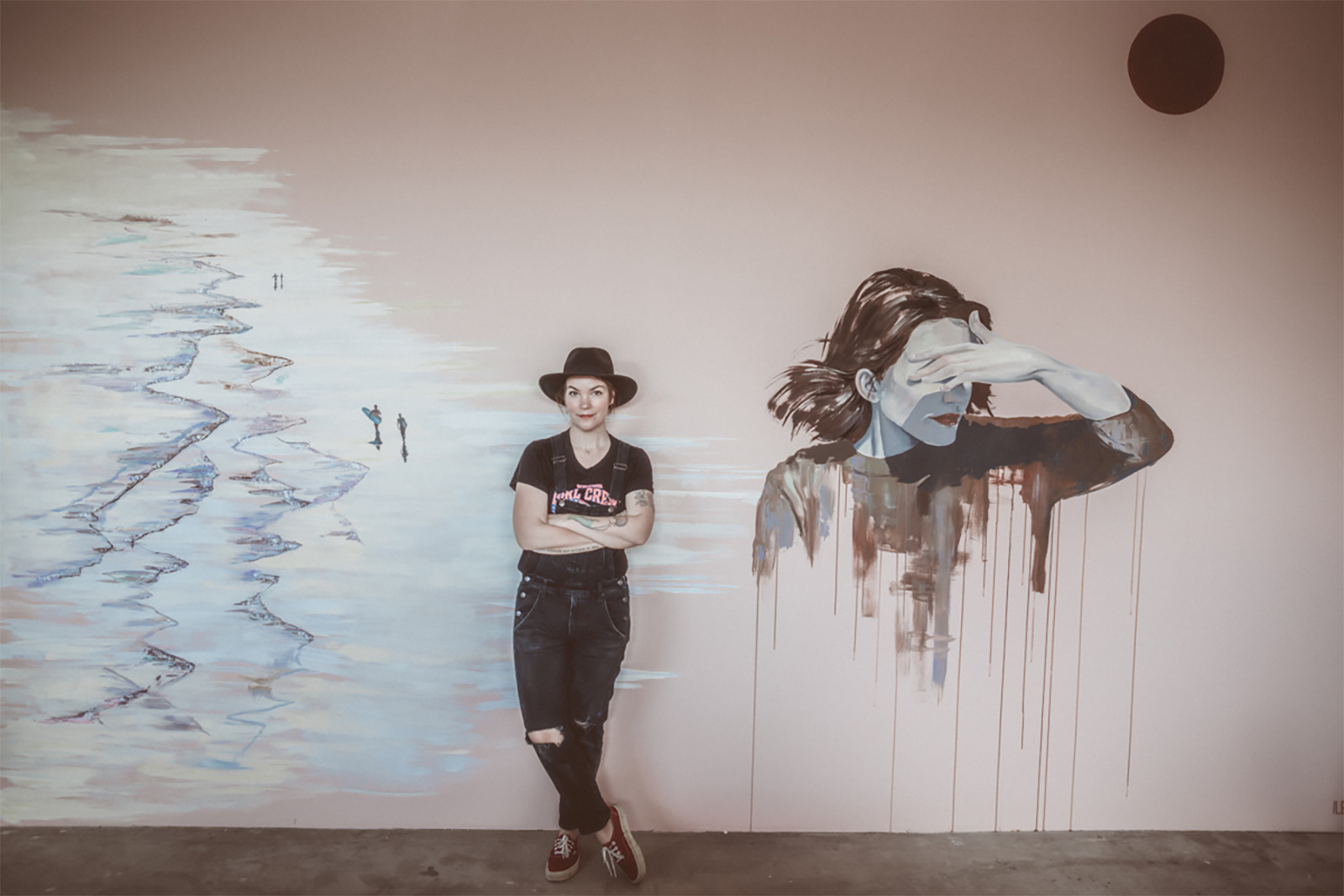 Create depth and texture with pencils